The first day of spring is one thing, and the first spring day is another. The difference between them is sometimes as great as a month. ~Henry Van Dyke 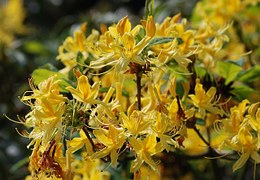 This quote really sums up spring in my neck of the woods, and I assume it to be true in many other places as well. Often we have "spring days" in February. Tomorrow is the first official day of spring 2021.
A lot has changed over the past year all around the world. For months we have lived with the "new normal". Now things, it seem, may be slowly returning to the normal we have always known, albeit with some remnants of the recent past, such as curbside pickup. That is not something we ever did prior to covid, but we will likely continue for at least some of our shopping.
We have not been in Walmart in over a year, and only last week did we actually "dine in" at a restaurant since March 9, 2020. Baby steps! Our church has been streaming services (as of Sunday) for a full year now. They are planning to return to in-person church on Palm Sunday.While things may normalize through the summer, the world, overall, has changed. I do not know what the future holds, but what I do know is that we should stay positive and live life fully.
How are things in your area?
Posted by Linda at 1:39 PM No comments:

The Ides of March 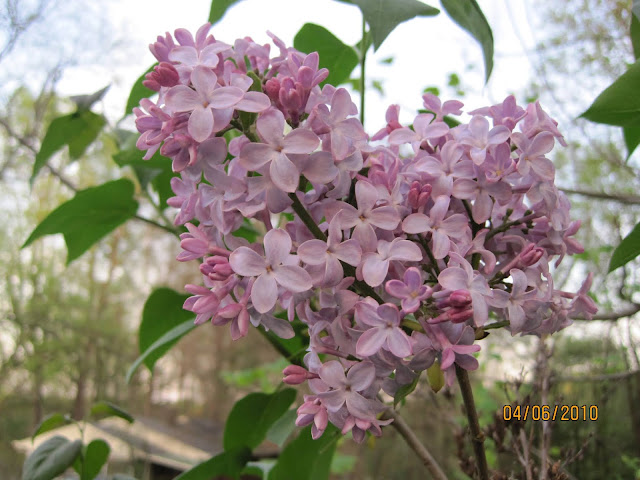 Summer is just around the corner and I have started planting...yes you heard that right. Now it's nothing big, just a few herbs, beans and some radish (for hubby, I don't eat radish).

I have a few more things to plant, but there is a crap-ton of work yet to be done to prepare a place - maybe a raised bed or some large containers. I don't know what yet, but the weather is right for growing now that the temps are warm and the monsoons seem to have subsided, at least for the time being.


To date, the thyme and oregano have sprouted, and the basil got overturned, probably by a squirrel or other critter. I had to replant it.

I also have a large container that is probably 7 feet by 2.5 feet and maybe a foot deep that was originally used to house bait. My mom got it years ago when the man who sold bait closed up shop. It has been used for plants ever since, and I have it now.

I grew beans in it last year and they did pretty good considering I failed to notice that I had bought climbing bean seeds. The stakes I put up were not sufficient and some ended up in the neighboring azalea. Nevertheless, we got several batches and they bloomed right through October.

We shall see what happens this year. I planted all bush beans! All gardeners are welcome to chime in with stories and/or advice.


If you enjoyed this post, please leave a comment. I would love to hear your thoughts.
Posted by Linda at 11:58 AM 2 comments:

The Well of Spring 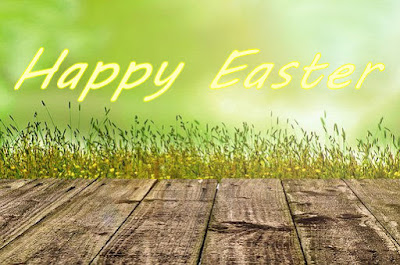 Spring has sprung and Easter is just around the corner again. With each passing year, so does the time pass faster and faster. There is no slowing it down, so hang on for the ride and live each moment to the utmost.

Spring is a season of renewal, where not only do the flowers bloom and the trees leave out, but our souls are renewed as well. We cannot slow time down, but we can slow ourselves down...for a moment to drink deeply from well of spring.

On another note, Easter falls on April 1st this year. I can only imagine the April Fools jokes regarding bunnies and eggs. I heard where someone was going to put grapes inside the Cadbury eggs. Ewww! Maybe we should all check our Easter goodies this year. 😉


Have a joyful and blessed Easter.

If you enjoyed this post, please leave a comment. I would love to hear your thoughts.
Posted by Linda at 9:00 AM 2 comments: 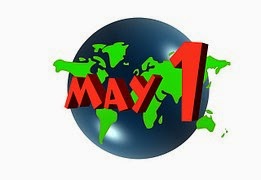 What is May Day?

In medieval England, people would go a-maying, or gathering fresh greenery and flowers from the woods and fields. This was also known as 'bringing in the May'.  This was described in "The Court of Love" written in 1561.

And furth goth all the Court, both most and lest,
To feche the floures fressh, and braunche and blome;
And namly, hawthorn brought both page and grome.
With fressh garlandes, partie blewe and whyte,
And thaim rejoysen in their greet delyt.


Edited to add that you may place your mouse pointer over the strange words to see the translation.


Are there any May Day celebrations in your area?

No time to comment? Please click the visitors box below to let me know you stopped by.
Posted by Linda at 11:21 AM 5 comments: 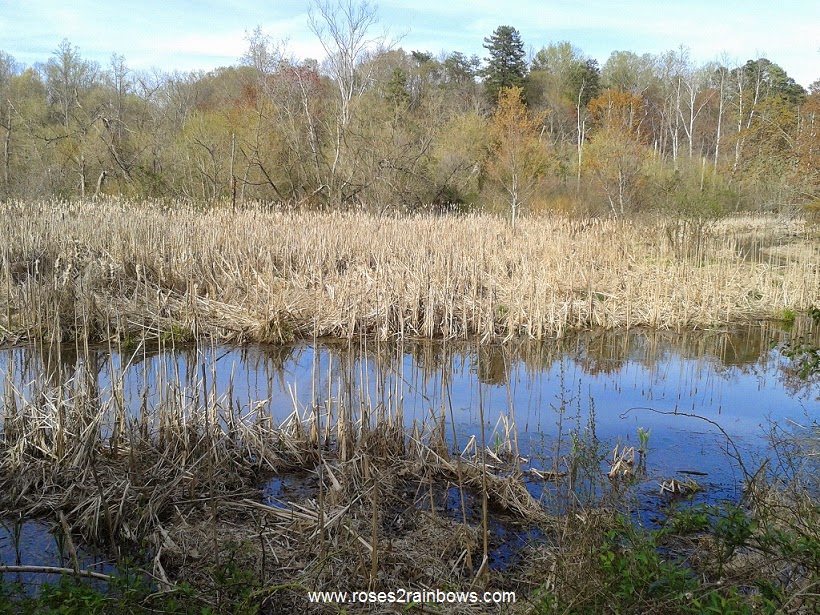 Constructed in the 1900s, and named for Katherine Smith Reynolds (Mrs. R.J. Reynolds), this 14-acre lake provided family and friends with fishing, boating and swimming. Silt from building and natural process began filling in the lake and by the 1990s, it was almost completely filled in. It is now a natural habitat for migratory birds and other wildlife. The dam upstream prevents this from returning to its natural state and it will continue as an artificial wetland.

On Easter Sunday afternoon, after strolling around Reynolda Gardens soaking up some natural Vitamin D, we paused to take in the beauty of this wetland. We sat on an old, weathered bench and watched birds flitting from branch to branch, sometimes clinging to the bark of a tree leaning toward the water. As we were walking away, we heard a splash and turned to see two ducks had just landed.

While I have been to Reynolda Gardens and the surrounding village several times in recent years, I did not know there had been a lake there. There is always something to be discovered, sometimes practically in one's own back yard.

What discoveries have you made recently in your neck of the woods?

No time to comment? Please click the visitors box below to let me know you stopped by.
Posted by Linda at 7:00 AM 6 comments:

With Spring comes warm temperatures, sunny days, fierce weather, and lots of yard work.  All this means that I have come down with a bad case of Spring Fever.  Therefore, I will be taking a much-needed Spring Break. 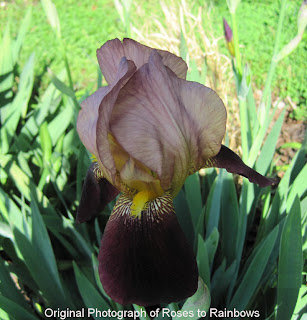 Roses to Rainbows will return sometime next week; same time, same place.
See you then!
Posted by Linda at 1:47 PM 8 comments:

Tomorrow is Groundhog Day, the day a groundhog predicts just how much more winter weather we will have.  But, it is not just some random groundhog wandering out of his hole in some farmer's field.  No, this is an EVENT!
It all takes place at 7:20 tomorrow morning at Gobblers Knob in Punxsutawney, Pennsylvania.  Phil, the celebrity groundhog, will make his appearance and give his prediction.  According to the legend, if he sees his shadow, there will be six more weeks of winter weather.  If not, then we get an early Spring.
Phil has been doing this for about 125 years, so he must be getting good at it by now.  You can read more about Phil, and the history of Groundhog Day here.

I am eagerly awaiting Phil's prediction because as you can see, it has been a mild winter so far here in the sunny South.  For us to really have winter now, Phil would need a sunny day indeed.

I spied this daffodil yesterday while taking advantage of the warm weather to work in the yard.  It is not unheard of to see them in January, but are usually a bit later. These snowdrops are normally the first flowers of the season, and they are right on schedule. 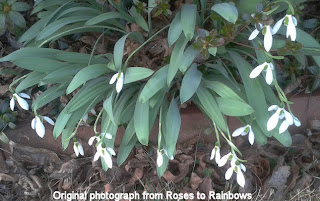 So whether we pull out our straw hats or toboggans, hats off to Phil for 125 years on the job.  If you'd like to watch the ceremony, it will be webcast here.
Posted by Linda at 11:21 AM 7 comments:

Happy Easter everyone!  This year Easter falls on April 24, or one day earlier than the latest possible date.  Because of the changing dates, Easter could nearly be considered a "floating holiday".  I mean think about it, Christmas is always December 25 no matter what day of the week it happens to be, and Thanksgiving is always the fourth Thursday in November, no matter what the date.  But Easter can be as early as March 22 and as late as April 25.  Why is that?

The calculations are a bit complex, and I confess I find it too confusing to read, absorb and spew it back for you, so here is the way one source explains it:


Easter Sunday is the Sunday following the Paschal Full Moon (PFM) date for the year. In June 325 A.D. astronomers approximated astronomical full moon dates for the Christian church, calling them Ecclesiastical Full Moon (EFM) dates. From 326 A.D. the PFM date has always been the EFM date after March 20 (which was the equinox date in 325 A.D.).*

Aside from the date-related confusion, Easter brings many traditions, some religious, some cultural and some just for kids.  Here are some of the things you see around Easter.


Easter Eggs.  The egg, the pagan symbol of rebirth, was adopted by Christians as the symbol of Jesus' resurrection.  Today, a popular Easter activity is an Easter Egg hunt. Here's a tip for boiling all those eggs.

As with most holidays, there is one or more foods associated with it.  First is a tasty treat called Hot Cross Buns, which were allegedly small wheat cakes baked to honor Eostre, goddess of Spring.  Later, Christians substituted sweetbreads blessed by the church.

The roast lamb found on many Easter dinner tables dates back to the first Passover of the Jewish people.  People would eat the roast lamb, hoping that God's angels would pass them over, thus the term Passover.

Ham is another popular Easter entree.  In the early days before refrigeration, any fresh pork that wasn't consumed during the winter before Lent was cured, and since this process takes a while, the hams were ready just in time for Easter making them the perfect choice for Easter dinner.

What are some of your favorite Easter traditions?

Source: http://www.gmarts.org/index.php?go=412
Artwork from the Open Clip Art Library
Posted by Linda at 8:23 AM 9 comments:

The Faces of Spring

This started out to be a post on Spring and the different faces it presents.  I was about to state that Spring arrives every year on March 20, but decided I should check my facts.  What I found out was that March 20 has not always the definitive beginning of Spring.  Traditionally March 21 was hailed as the first day of Spring, but in recent years that became the exception rather than the rule.

Simplified, some reasons for this include the fact that a year is not made up of an even number of days, nor are the seasons.  Also contributing is the fact that the earth's elliptical orbit is changing relative to the sun.

Another interesting seasonal fact is that Spring and Summer total more days combined than Fall and Winter, but actually Summer and Fall are gaining ground each year.  Spring is losing one minute and Winter is losing one-half minute per year, respectively.  Summer is gaining the minute lost from Spring and Fall is gaining Winter's half minute.

In many parts of the world, Spring's faces are in evidence before the calendar date, and in addition to the pretty flowers and trees and milder temperatures, she is also unpredictable, unleashing drenching rains and violent storms. So go forth and experience all the faces of Spring.