Kenny arrived home from work, late as usual.  These long hours were paying off, he thought, as he parked his shiny new Lexus in the garage.  Sharon would have dinner holding in the oven.  It was Friday night, so it was probably lasagna.  She would be waiting in family room, a glass of her favorite red wine on the table as she played bejeweled blitz or some other Facebook game, with the TV on in the background.

Kenny walks into the kitchen, the light is on, but there's no familiar smell of dinner waiting.  He calls to Sharon, "Hey, I'm home.  Did you want to order in tonight?"  No answer.
He goes to the family room, no Sharon.  He goes from room to room, but she's not there.  Wait a minute, her car was not in the garage.   How could I have not noticed that? he thought.
Worried now, he headed to the bedroom.  He glanced around the room and then he saw it, there on his pillow.  "Good-bye" was all it said.
As Kenny sat and stared numbly at the note, it hit him.  There was so much he hadn't noticed.
Written for the prompt "Note" at One-Minute Writer - Friday Fiction. 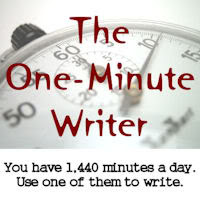