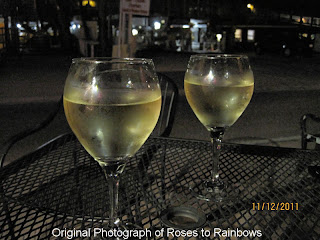 Thanksgiving is a time for giving thanks for everything that makes our lives special.
Here are some of the things I am thankful for:
My husband
My friends
My cats
Good food
Wine
Diet beverages
Being safe and warm in my house
Being able to buy groceries
Dining out
Summer days
Going to the beach
My sense of smell
My health
Exercise
My leaf blower
Electricity
Being loved
Clouds
Sunlight
Evening strolls
The freedom to be myself
Wishing everyone a wonderful and safe Thanksgiving!
Posted by Linda at 6:00 AM 8 comments:

This was taken during some quality time with Daddy.  You see Daddy was a truck driver, and this took him away from home a lot, especially when I was little.  That made our time together even more special.

As I grew up, he was always there for me.  I got my first bicycle with training wheels when I was 6.  I still have that bike.

While we sat outside as he grilled steaks, he took the time to explain how patents worked.

He paid for braces at 14, and took me to get my license the day I turned 16.  He bought me my first car that June.

He was there every step of the way.  He watched as I got married, and loaned us money for a down payment on a house.

He was always there to help us, but never offered up advice or opinion unless asked, and then sometimes he would pose a question instead of giving an answer.

He worked hard his whole life, and lived a life of which he could be proud.

Any man can be a father, but it takes someone very special to be a little girl's Daddy. He was the best a girl could ask for, and I miss him every single day.

June 8, 1925 was a very important day in my life.  I wasn't actually born then - that is my mother's birth date.  You can see the significance for me, right?  I'd like to share with you a little about the woman my mother was. 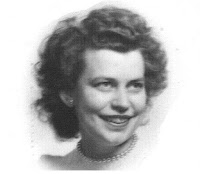 She grew up on a farm in a small town in Maine during the Depression years, and life on the farm gave her a great love of nature.

During her teen years, she watched her two older brothers leave to serve in World War II, and she graduated high school two years before the end of the war.

She didn't talk much about her early life, so I don't know a lot of the details.  After finishing school, she worked different jobs before going to work for the phone company.  During this time she met my father, who was in the Air Force and stationed in Maine.  When his service was completed, he moved back South to work for a trucking company (he was originally from Virginia).  She followed him to Winston-Salem in 1952, and they were married in 1956.

In the 1960s, she saw the assassinations of President Kennedy in 1963 and Senator Kennedy in 1968.  Together we watched the first man walk on the moon, and played badminton and kickball in the back yard.  Some of our best times were outdoors, and I got my love of nature from her.

She was a smart, talented and creative woman, but she never nurtured her talents.  Everything was put aside for me.  I was her focus.  She was completely selfless to the point of going without so others didn't have to.

I still have the Halloween treat bag she painted for me.  It is one of my treasures.  I used it as an example to make Halloween bags of my own a few years ago.  Sometimes it is the little things that mean the most as we get older.

One year we spent long hours making Christmas decorations from styrofoam shapes, beads, glue and old Christmas cards.  That was such fun, and we decorated our tree with them.  I even used them as a history project in school.

My high school graduation fell on her birthday, and I thought that was cool.  I also thought I was grown.  It took a while for me to realize how wrong I was.
She watched with much trepidation as I grew up, got my license, got a job, and eventually moved into an apartment.  I was still her little girl, and that never changed.

When I married, she acquired a son whom she loved.  She and Daddy always referred to us as "the kids", and continued to do for us even though we both had jobs and our own home.

There are many times when I still wish I could ask her something, tell her what I've been doing or just have her over and cook for her, like she did for me for so many years. Many of our conversations centered around food.

There never comes a time when you stop being your mother's child.  That bond is always there.  She taught me values and to treat others with kindness and respect, and filled my head with knowledge you don't get from books and school (common sense).

I am proud to be her daughter, and even more proud to have been her friend.  If I ever manage to be half the woman my mother was, I will consider that I have succeeded in life.

Memorial Day weekend has become the kick-off for summer activities, parties and vacations.  But more importantly, it is when we honor all those who have served our country and kept us safe at the risk of their own lives - many of which ended far to soon.  Let the flag wave and the bells ring, for Freedom is anything but Free.

Two of my uncles served in World War II, and I have many pictures taken during that time.  It is not something they liked to talk about.  My Uncle Charlie was awarded a medal, and although I've searched high and low, I can't find the paper with the information so I don't know what it was called, but he got it for bravery, leadership and refusing to leave his men under fire even though he had been injured.

He was one of the special men in my life.  He was a carpenter by trade, and like my father, he was never afraid of anything.
Here he is with the WWII flag.  Notice that this is not like our flag today.  This flag has only 48 stars.


So when you plan your celebration, light up the barbecue, or pop the top on that first beer, remember those whose sacrifice made it possible.

And now I would like to leave you with this thought - something Uncle Charlie would say now and then.

If a man's sick he's not well and everything he eats goes to his stomach.