The Maze Within the Maize

Yesterday, I got a call from our good friends, you know the folks from the Rose Garden posts earlier, asking if we'd like to go a corn maze with them and the kids. Of course! It was a beautiful day after the rain moved out - it poured this morning. 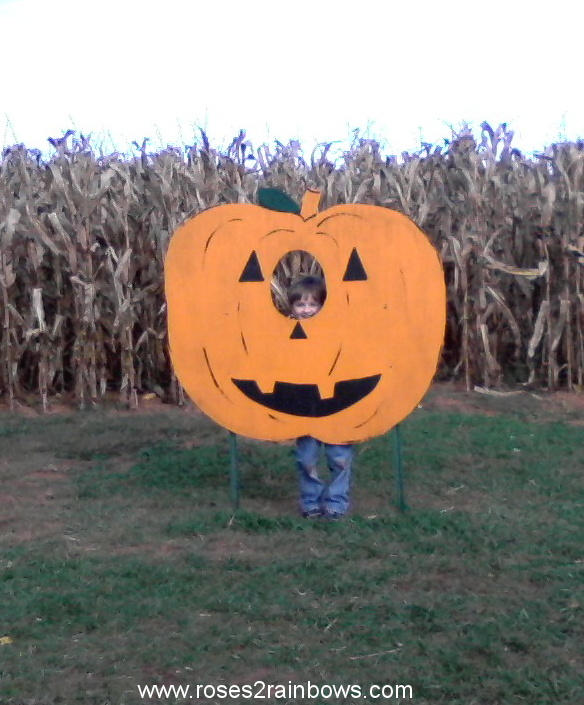 We followed the directions on the website (this actually took us the long way around but it was short notice and I didn't have time to check the directions against the mapping software) Anyway, we got there and they were already there, and had been swinging on the swings.


In addition, there were sandboxes, pole ball games, bean bag toss, water balloon for sling-shotting (probably not a word) and a corn cannon for the kids. There was also a cow train, mostly for kids too, but I did see some very large "kids" on it. We all went on a hayride around the farm, several small lakes and some muddy hills. This was a farm wagon loaded with hay bales pulled by a tractor. It was a $1 extra per person for the ride, but the scenery was gorgeous. I wondered several times if the tractor was going to make it up the muddy hills, and the back end nearly dragged the ground in places. We were seated near the back, so the ride was a little tilted at times.

The feature activity was, of course, the corn maze. They said it was 7 acres, and the maze was in the shape of the United States. The paths were wide and maneuvering was not difficult. We were given ariel view maps (see the link below for picture), and there were strategically placed "you are here" signs throughout. The pictures were taken when the corn was green, and now it is quite dried and brown. Nevertheless, it was fun. We joked about trying it in the dark with flashlights. The places closes at dark, though, which is probably good.


There are food and beverages available for purchase. The fun all takes place at the 2009 Alpha Acres Corn Maze, in connection with the Winston-Salem Rescue Misson. I believe this was a fund-raising event.
Posted by Linda at 9:35 AM